This November, the Aurora Winter Festival will expand to fifteen acres for its 2019 event, which has been relocated to Hastings Park in order to accommodate the expansion and take the festival to a whole new level. 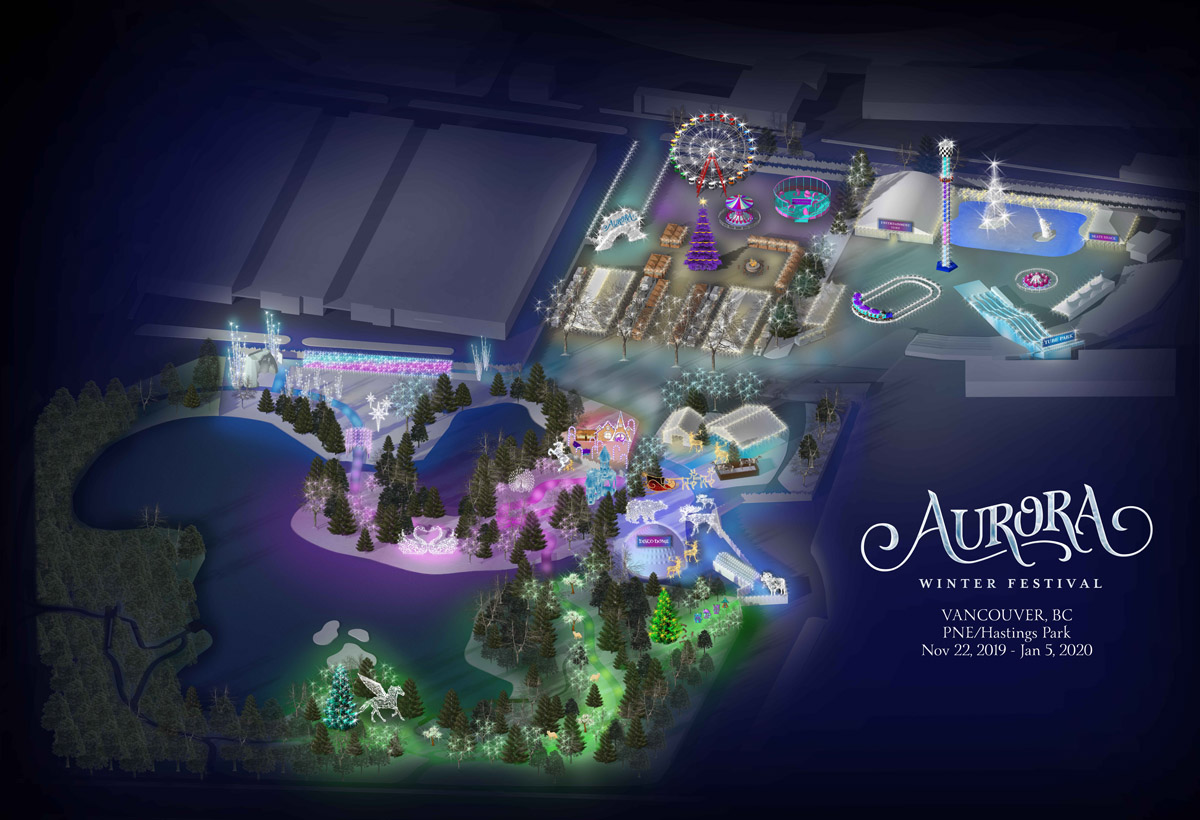 The 2019 event beginning November 22 will be four times larger than the previous year and will feature expanded activities and programming in the Mystical Worlds experience, an increased skating surface, a longer tube park and double the number of rides and games. Moving the festival into more of a park setting will further enhance the theme of the event.

Guests will be able to visit the Mystical Worlds which feature giant sculptures, animated sets, brilliant light displays, and a number of fun characters. The festival also features an amazing new rainbow light tunnel showcasing the Aurora Borealis, a story-time theatre with Santa, a giant tube park, skating, six amusement rides, games, an entertainment tent with live music, a variety of food trucks, and a market with many holiday-inspired vendors, among other attractions.