ALEXISONFIRE WITH THE DISTILLERS 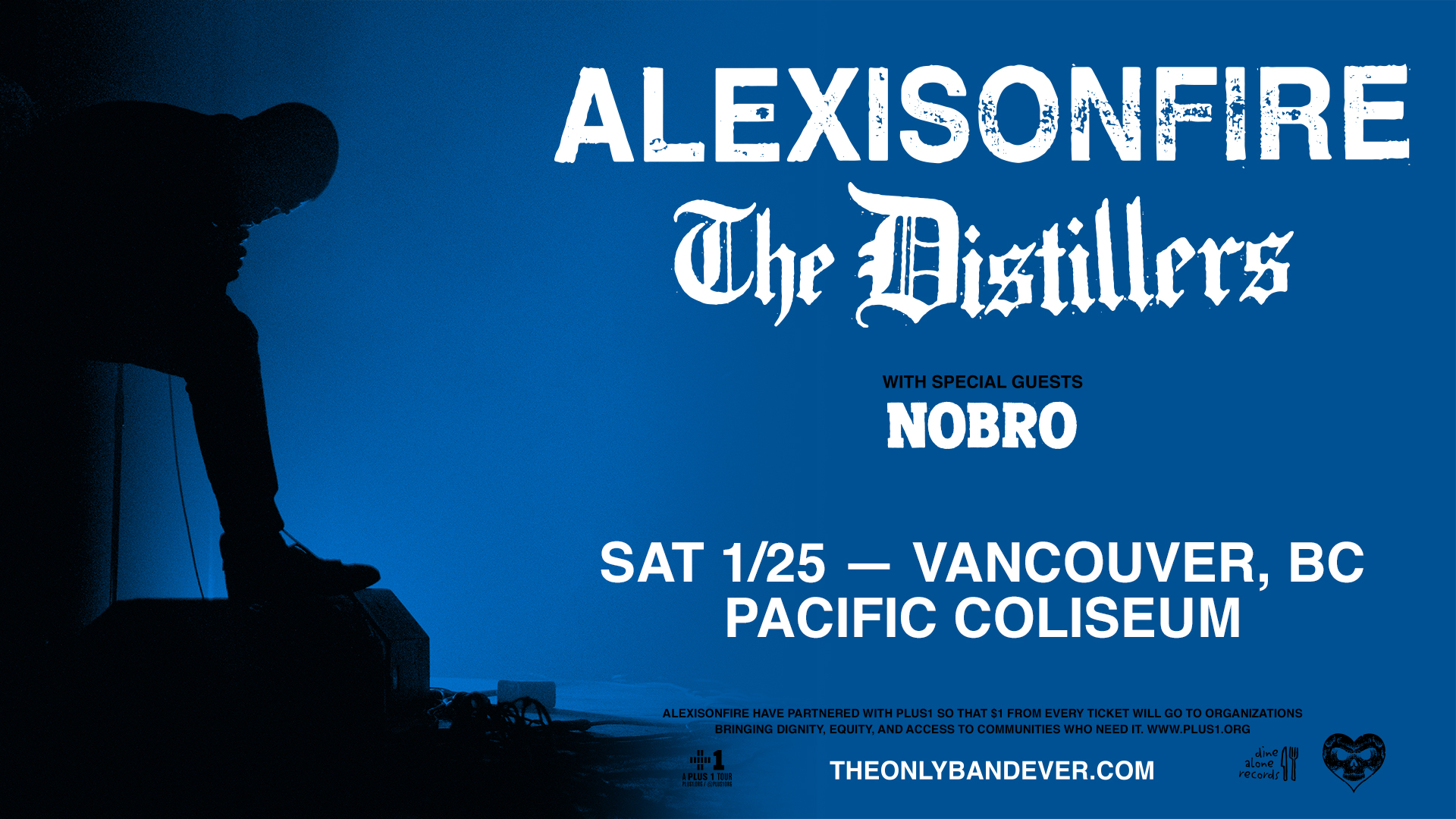 Alexisonfire rose up out of the Southern Ontario underground in late 2001 to become one of the most successful indie bands to come out of Canada. AOF released four hugely successful studio albums, all Music Canada Platinum-certified: Alexisonfire (2002), Watch Out (2004), Crisis (2006), and Old Crows / Young Cardinals (2009). Crisis debuted at #1 on the Top 200 Soundscan (Canada), and Old Crows / Young Cardinals debuted at #2, and charted at #9 on the US Billboard Independent Album chart. Watch Out helped garner a New Group of the Year JUNO (2004). The band has topped charts and graced notable music magazine covers internationally. AOF’s sold-out 10 Year Anniversary tour (2012) touched down on four continents in 24 days, illustrating how meaningful the band still is to their legion of fans worldwide. Alexisonfire also has the distinction of being one of a handful of Canadian artists to perform two consecutive nights at iconic Toronto venue Budweiser Stage alongside City and Colour, Drake, The Tragically Hip,and SarahMcLachlan. In 2019, AOF debuted 2 new tracks “Familiar Drugs” and “Complicit” to the delight of fans worldwide. The impassioned banger marks the first time Alexisonfire has released new music in almost 10 years.

Alexisonfire have partnered with PLUS1 so that $1 from every ticket will go to organizations bringing dignity, equity, and access to communities who need it. www.plus1.org