Some WinterLights time slots for Saturday night are sold out. Book your tickets before they're all gone! Dismiss Announcement Bar

Reserve your spot with TicketLeader 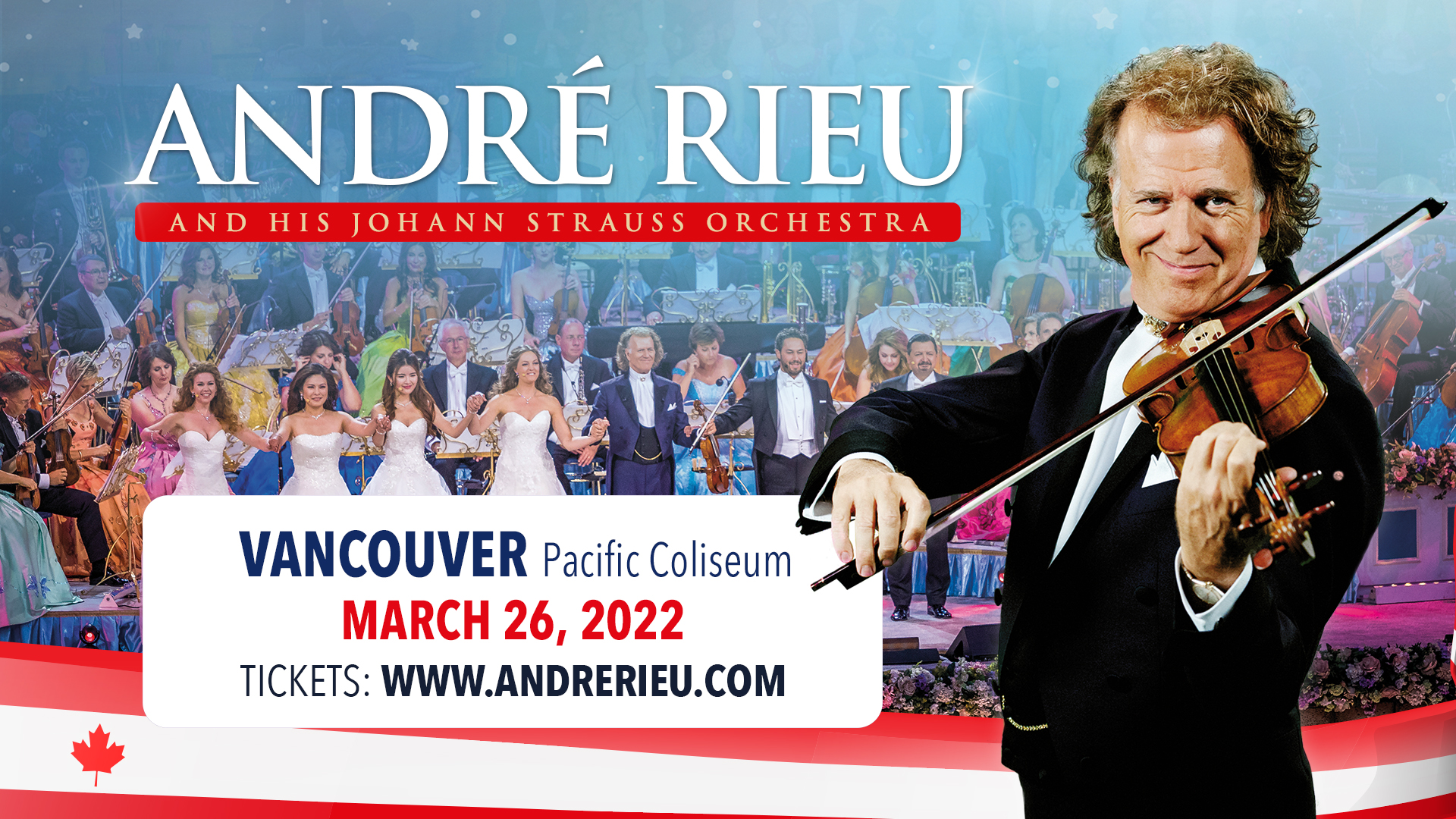 André Rieu is thrilled to announce additional concerts in the U.S./Canada during his World Tour 2022. The additional performances will take place in Portland on March 23, 2022, Tacoma on March 24, 2022 and Vancouver on March 26, 2022. The Dutch violinist’s USA/Canada tour will kick off in Atlanta. Tickets will go on sale on March 12, 2021.

André Rieu says: My dear friends, I am thrilled to announce our return to Tacoma, Portland and Vancouver in 2022! The past months have reinforced our passion for music, our desire to perform for you, our impatience to jump back on stage. My orchestra and I cannot wait to return to the U.S. and Canada! COVID-19 has delayed our concerts, it will not conquer our spirit. Thank you for your loyalty and please stay healthy. See you in 2022! Much love!”

Violin superstar André Rieu has made classical music accessible to millions around the world and has turned the waltz into an international sensation, recently extending his record as the highest grossing classical artist in Billboard’s Boxscore history. Further, he continues to be the classical act with the highest attendance regularly outselling the world’s top pop and rock stars. Rieu has had soccer crowds swaying to Shostakovich and has sold over 40 million albums. His romantic and joyful programs include a mixture of light classics, waltzes, music from film and opera as well as pop songs, performed by his Johann Strauss Orchestra, the biggest private orchestra in the world.

His concerts are also a visual treat, from the sight of Rieu and his musicians entering through the crowd and up on to the stage at the beginning of the concert, to the lavish costumes and the vast screen behind the orchestra displaying beautiful imagery tailor-made for each song. André Rieu performs for over half a million people each year. His YouTube videos have reached far over one billion views and 8 million fans follow the “King of Waltz” on Facebook. His latest album “Jolly Holiday” has reached top 10 positions in many countries, including the UK Pop charts.

André Rieu will return to the U.S. and Canada in 2022 with his full orchestra, soloists and choir for his three-hour concerts.

André Rieu is not just for an evening. He is for life!

Rage Against the Machine – New Date

KING GIZZARD and the LIZARD WIZARD