PNE Amphitheatre  (Get Directions)
2901 E Hastings St
Vancouver, BC V5K 5J1 Canada
August 23, 2019 @ 8:30pm 2019-08-23 20:30:00 2019-08-23 20:30:00 America/Vancouver Smokey Robinson William "Smokey" Robinson, Jr. is a legendary singer-songwriter, record producer, record executive and co-founder of Motown Records. Robinson and his group, the Miracles met Berry Gordy after a failed audition for singer Jackie Wilson’s managers. Gordy was impressed with Robinson's vocals and ambitious songwriting. With his help they released, "Got a Job.” It was the beginning of a successful collaboration and the beginnings of Motown. In 1960, Miracles recorded their and Motown’s first million selling hit, "Shop Around.” Between 1960… PNE Amphitheatre 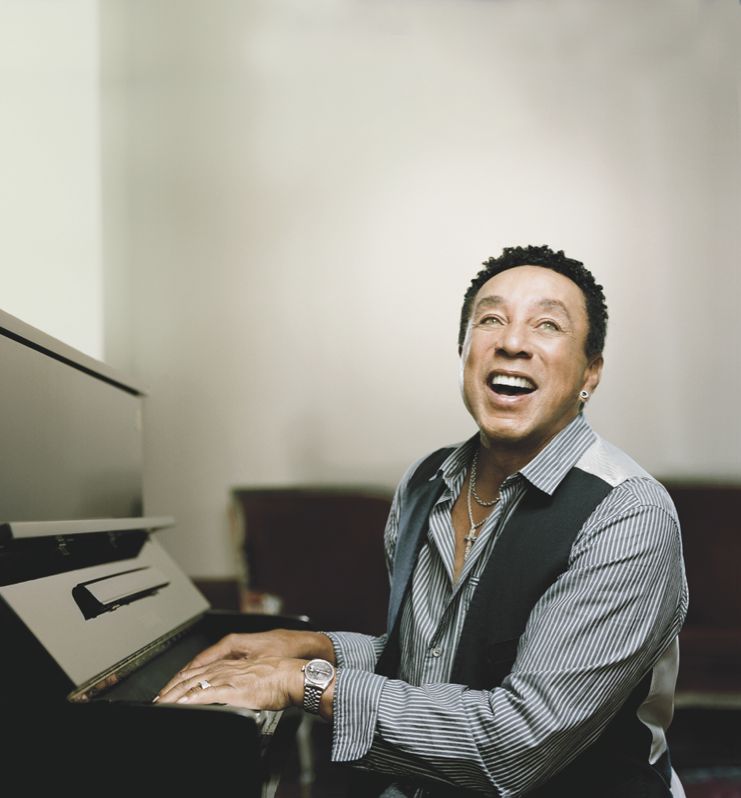 Robinson and his group, the Miracles met Berry Gordy after a failed audition for singer Jackie Wilson’s managers. Gordy was impressed with Robinson’s vocals and ambitious songwriting. With his help they released, “Got a Job.” It was the beginning of a successful collaboration and the beginnings of Motown.

In 1960, Miracles recorded their and Motown’s first million selling hit, “Shop Around.” Between 1960 and 1970, Robinson would produce 26 top forty hits with the Miracles including several top ten hits such as “You’ve Really Got a Hold on Me“, “I Second That Emotion” and the group’s only number-one pop hit, “The Tears Of A Clown“. Other notable hits include, “Ooo Baby Baby,” and “The Tracks Of My Tears”.

Robinson was one of the major songwriters and producers for Motown, penning several hit singles such as, “Who’s Loving You” “My Guy,” “The Way You Do The Things You Do“, “My Girl“, “Get Ready” and “Ain’t That Peculiar“.

In 1975, Robinson released his most successful solo album, A Quiet Storm, which yielded three hit singles, “Baby That’s Backatcha“, “The Agony & The Ecstasy” and “Quiet Storm”.

His classic hit, “Cruisin’” peaked at number four on the Billboard Hot 100. Robinson topped the charts again with another sensual ballad, “Being with You and teamed up with fellow Motown label mate Rick James recording the R&B ballad, “Ebony Eyes“.

Robinson made a triumphant return with the album, One Heartbeat and the singles, “Just to See Her” and “One Heartbeat,” both Top 10 hits. “Just To See Her” won Robinson his first Grammy Award. In the same year, he was inducted as a solo artist to the Rock and Roll Hall of Fame and the UK group ABC released a tribute song, “When Smokey Sings.”

In recent years, Robinson released the standards album, Timeless Love, Time Flies When You’re Having Fun, Now And Then and Smokey & Friends. He is releasing his first ever solo Christmas album, Christmas Everyday in November 2017 as an Amazon exclusive.

Robinson has been Inducted into the Kennedy Center, awarded an individual star on the Hollywood Walk of Fame  and a second star with The Miracles. He was awarded a medal at the National Medal of Arts, A Heritage Award at the Soul Train Music Awards and a BET Lifetime Achievement Award. Howard University conferred on Robinson the degree of Doctor of Music as did the Berklee College of Music.